Achievement, engagement, and students’ quality of experience were compared by racial and ethnic group in a sample of students (N = 586) drawn from 13 high schools with diverse ethnic and socioeconomic student populations. Using the Experience Sampling Method (ESM), 3,529 samples of classroom experiences were analyzed along with self-reported grades. Similarities and differences in achievement, engagement, and quality of experience among white, black, Latino, and Asian students were examined. The most marked differences found were between black and white students. Consistent with several previous studies, an engagement–achievement paradox was found in which black students reported higher engagement, intrinsic motivation, and affect in classrooms, but lower GPA relative to white students. A similar engagement–achievement paradox was found for students from low SES communities compared to those from high SES communities. Analyses also revealed racial and ethnic differences in the relationship of engagement with on-task behavior and contextual factors. Being on-task when in classrooms had a more positive effect on the engagement of black students relative to white students. The contextual effect of being in school versus home or in public on engagement was also more positive for black students than white students. Contextual factors and measurement issues are emphasized in the interpretation of findings and suggestions for future research. 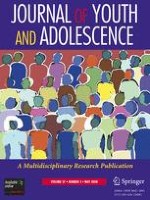 Perceived Discrimination and the Well-being of Immigrant Adolescents