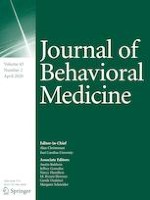 Assessing gender identity differences in cardiovascular disease in US adults: an analysis of data from the 2014–2017 BRFSS