To investigate the systematic differences in the self-reporting and valuation of overall health and, in particular, pain/discomfort between three countries (England/UK, Japan, and Spain) on the EQ-5D.

Existing datasets were used to explore differences in responses on the EQ-5D descriptive system between Japan (3L and 5L), the UK (3L), England (5L), and Spain (5L), particularly on the dimension of pain/discomfort. The role of different EQ dimensions in determining self-reported overall health scores for the EuroQol visual analog scale (EQ-VAS) was investigated using ordinary least squares regression. Time trade-off (TTO) results from Japanese and UK respondents for the EQ-5D-3L as well as Japanese and English respondents for the EQ-5D-5L were compared using t tests.

This study provides evidence of between-country differences in the self-reporting and valuation of health, including pain/discomfort, when using EQ-5D in general population samples. The results suggest a need for caution when comparing or aggregating EQ-5D self-reported data in multi-country studies. 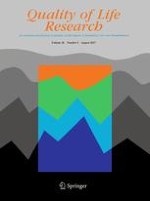