Over the years, mindfulness and yoga-based interventions have been widely implemented in schools and demonstrated promising results. Despite the benefits, there is limited literature on the effects that yoga may have for young children. Furthermore, extant research on yoga and young children has primarily used quantitative methodologies. The objective of this study was to investigate pre-kindergarteners’ and kindergartners’ experiences with yoga through a qualitative-exploratory approach.

This qualitative-exploratory study used interview methods and the application of grounded theory to learn about children’s perceptions (n = 154) of participating in a randomized waitlist-controlled trial an eight-week yoga intervention that targeted self-regulation and emotion regulation. The post-intervention child interview findings are reported here.

Two themes, grounded in the dataset and most relevant to the topic of children’s experiences in practicing the yoga, emerged in the analysis: (1) children’s positive emotions about the yoga; and (2) children’s knowledge of yoga and self-regulation skills. Children were often eager to share their feelings and knowledge about the yoga and demonstrated their embodied expertise regarding their own emotions and bodies and thus ability to serve as active participants in the research process.

This qualitative-exploratory study contributes to the research on the physical, cognitive, and emotional benefits of yoga for young children. Future researchers may work towards understanding how yoga promotes children’s development at a young age and conduct follow-up investigations into the embodied experiences and benefits of yoga practices with children. 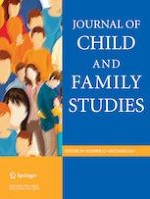 The Exclusionary Discipline of American Indian and Alaska Native (AI/AN) Students with and Without Disabilities: A Civil Rights Data Collection (CRDC) National Analysis

Predictors of Better Functioning among Institutionalized Youth: A Systematic Review