This study describes charges, outcomes, and recidivism in both the juvenile and adult criminal justice systems (CJS) for young adults aged 17 to 23 years with autism spectrum disorder (ASD; n = 606). Results are compared to individuals with ID (n = 1271) and a population control group (n = 2973). About 3% of individuals with ASD were charged with at least one offense by the time they reached young adulthood. Few differences were found in CJS involvement across groups. Young adults with ASD were not over represented in the CJS in general, and were less likely to be involved in the adult justice system than their peers. They received similar charges and outcomes and were as likely to reoffend as their peers.
vorige artikel DNA Methylation of the Oxytocin Receptor Across Neurodevelopmental Disorders
volgende artikel Randomized Controlled Trial of a Video Gaming-Based Social Skills Program for Children on the Autism Spectrum 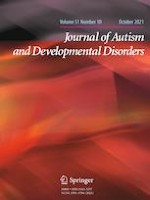 Children with Autism Spectrum Disorders in Low-Resource Settings: Reported Experiences and Needs of Parents in Mongolia