» Naar de volledige tekst
Belangrijke opmerkingen
Quotation from J.K. Rowling’s (1997) Harry Potter and the philosopher’s stone in which Gryffindor refers to the school department at Hogwarts School of Witchcraft and Wizardry, which consists of children with an extremely courageous personality.

This study describes a first exploration of the construct of courage in youths. Children aged 8–13 years were invited to report on the most courageous action that they had ever performed during their life. In addition, the Courage Measure for Children (CM-C) was construed as an index of children’s level of personal courage, and this scale was administered in two samples of school children (Ns being 168 and 159) along with a number of other questionnaires. Results indicated that children were familiar with the concept of courage as more than 70% reported to have carried out a courageous action during their life. In addition, self-reported courage as indexed by the CM-C was positively correlated with scores on a vignette measure of courage, parent ratings of children’s courage, extraversion, openness/intellect, and a masculine sex role, whereas a negative correlation was observed with anxiety symptoms. The implications of these findings and potential directions for future research are briefly discussed. 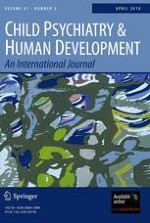