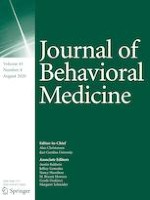 Sleep problems in advanced cancer patients and their caregivers: Who is disturbing whom?