Which Boys and Which Girls Are Falling Behind? Linking Adolescents’ Gender Role Profiles to Motivation, Engagement, and Achievement | mijn-bsl Skip to main content
TOOLBAR 1 2 3 4
ZOEKEN MENU 1 2 3 4

The online version of this article (https://​doi.​org/​10.​1007/​s10964-020-01293-z) contains supplementary material, which is available to authorized users.
Publisher’s note Springer Nature remains neutral with regard to jurisdictional claims in published maps and institutional affiliations.

Research on gender gaps in school tends to focus on average gender differences in academic outcomes, such as motivation, engagement, and achievement. The current study moved beyond a binary perspective to unpack the variations within gender. It identified distinct groups of adolescents based on their patterns of conformity to different gender norms and compared group differences in motivation, engagement, and achievement. Data were collected from 597 English students (aged 14–16 years, 49% girls) on their conformity to traditional masculine and feminine norms, growth mindset, perseverance, self-handicapping, and their English and mathematics performance at the end of secondary school. Latent profile analysis identified seven groups of adolescents (resister boys, cool guys, tough guys, relational girls, modern girls, tomboys, wild girls) and revealed the prevalence of each profile. Within-gender variations show that two thirds of the boys were motivated, engaged, and performed well in school. In contrast, half of the girls showed maladaptive patterns of motivation, engagement, and achievement, and could be considered academically at risk. By shifting the focus from “boys versus girls” to “which boys and which girls”, this study reveals the invisibility of well-performing boys and underachieving girls in educational gender gap research. 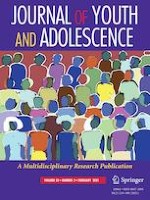 Emily Horowitz: Protecting Our Kids? How Sex Offender Laws Are Failing Us