What Did I Say? Versus What Did I Think? Attributing False Beliefs to Self Amongst Children With and Without Autism | mijn-bsl Skip to main content
ZOEKEN MENU 1 2 3 4

The task used most widely to assess recognition of false belief in self and others is the ‘Smarties’ unexpected contents task. Amongst individuals with and without autism, the Self and Other-person test questions of this task are of an equivalent level of difficulty. However, a potential confound with this task may allow the Self test question to be passed without false belief competence. Three groups of participants (with autism, developmental disability and typical development) undertook a new unexpected contents task which did not suffer from this confound. The main finding was that participants with autism performed significantly less well on the Self test question than the Other-person test question on this new task. Individuals with autism may have greater difficulty representing their own beliefs than the beliefs of other people.
vorige artikel Multi-informant Ratings of Psychiatric Symptom Severity in Children with Autism Spectrum Disorders: The Importance of Environmental Context
volgende artikel Special Education Versus Inclusive Education: The Role of the TEACCH Program

Titel
What Did I Say? Versus What Did I Think? Attributing False Beliefs to Self Amongst Children With and Without Autism
Auteurs
David M. Williams
Francesca Happé 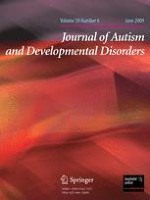 Parents Ask: Am I Risking Autism if I Vaccinate my Children?

Language and Theory of Mind in Autism Spectrum Disorder: The Relationship Between Complement Syntax and False Belief Task Performance