Insane Clown Posse is a musical duo whose fans are known as Juggalos. Many homeless youths (HY) identify as Juggalos, most likely because the group’s music embraces poverty and being an outsider in mainstream society. Juggalos are stereotyped as being violent, undereducated, poor, racist, crime-committing youth, and in 2011 the FBI officially labeled Juggalos as a gang. However, little is known about the intersection of HY and Juggalos. A convenience sample of Los Angeles-area, drop-in service-seeking HY completed a self-administered questionnaire (N = 495). In the sample, 15 % of HY identified as Juggalos. Juggalo-identifying youth were more likely to have experienced childhood trauma, including physical and sexual abuse and witnessing community violence. Multivariable models revealed that identifying as a Juggalo was associated with increased odds of recent methamphetamine use, ecstasy use, chronic marijuana use, and prescription drug misuse. Juggalos were also more likely to experience suicidal ideation, attempt suicide, recently engage in interpersonal violence, become injured during a fight, and have unprotected sex. In conclusion, Juggalos constitute a unique subpopulation of HY. Implications for Juggalo-specific trauma-informed services, rather than punitive, are discussed as well as the potential for future research regarding resiliency associated with Juggalo identification. 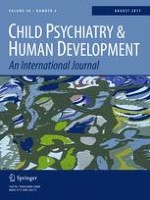