The potential influence of violent video games on youth violence remains an issue of concern for psychologists, policymakers and the general public. Although several prospective studies of video game violence effects have been conducted, none have employed well validated measures of youth violence, nor considered video game violence effects in context with other influences on youth violence such as family environment, peer delinquency, and depressive symptoms. The current study builds upon previous research in a sample of 302 (52.3% female) mostly Hispanic youth. Results indicated that current levels of depressive symptoms were a strong predictor of serious aggression and violence across most outcome measures. Depressive symptoms also interacted with antisocial traits so that antisocial individuals with depressive symptoms were most inclined toward youth violence. Neither video game violence exposure, nor television violence exposure, were prospective predictors of serious acts of youth aggression or violence. These results are put into the context of criminological data on serious acts of violence among youth.
volgende artikel Traditional and Cyber Aggressors and Victims: A Comparison of Psychosocial Characteristics 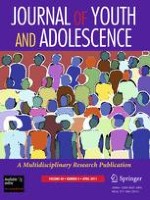 “My Child is Shy and Has No Friends: What Does Parenting Have to Do with It?”

A Longitudinal Examination of the Bidirectional Associations Among Perceived Parenting Behaviors, Adolescent Disclosure and Problem Behavior Across the High School Years

Traditional and Cyber Aggressors and Victims: A Comparison of Psychosocial Characteristics