To examine physicians’ perceived referral patterns and barriers to referral of terminally ill patients to a hospice (institute).

Survey study among physicians practicing in hospital and other settings in the region of Deventer, The Netherlands, in 2011–2012.

We translated two available American instruments into Dutch. The questionnaire assessed hospice referral, knowledge about hospice, attitudes and barriers and reasons not to refer. We queried physicians who had referred patients to the local hospice about expectations and suggested areas for improvement with two open-ended items.

In total, 240 physicians received the questionnaire. The response rate was 47%. The physicians were generally positive about hospice care. They indicated experiencing few barriers in hospice referrals, but 32% of the physicians (21% of those practicing in the hospital, and 39% in other settings), indicated the patient being unready as a strong barrier. Half of the physicians (51%) believed that hospice is being underutilized and 22% (35% and 14%, respectively) thought that they would refer more frequently if they had more knowledge about hospice care. Of the physicians, 35% answered all six knowledge questions correctly. Communication with the hospice may be improved.

Despite positive attitudes toward hospice care, it may be underutilized due to poor knowledge and communication with the hospice. Perhaps, this is also due to limited patient-physician communication on prognosis, which further research may address. 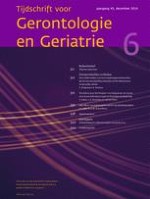 Retirees’ well-being: the impact of involuntary retirement and bridge employment.