Although social support has been recognized as an important resource for coping with bullying, there is a lack of valid and reliable tools for assessing the social support received by victims of school bullying in China. This study aimed to translate the Actually Received Support scale from the Berlin Social Support Scales (BSSS-RS) and adapt it for the Chinese context. Three hundred and seventy-eight Chinese students (Grades 4 to 9) in Hebei Province who had experienced school bullying in the past six months were recruited. The psychometric properties of the Chinese BSSS-RS in terms of factorial validity, reliability, and convergent validity were examined from three sources (family, friend/classmate, and teacher). Confirmatory factor analyses found a better fit for the three-factor model than the one-factor and two-factor models. The three-factor model had an acceptable fit with the data on support from a family member and a friend or classmate, but not for the data on support from a teacher. Satisfactory internal consistency and test–retest reliability were found for the emotional (six items), instrumental (three items), and informational (two items) types of received support. The convergent validity of the factors was also confirmed against validating variables. The findings support the BSSS-RS as a reliable and valid measurement tool for the actual support received by bullied adolescents from a family member and friend or classmate. Future use is recommended to better understand the role of social support in the context of school bullying.
vorige artikel Correlates of Relational and Physical Aggression among Peers and Dating Partners in a College Sample
volgende artikel Evaluating the Role of a Socially Assistive Robot in Children’s Mental Health Care 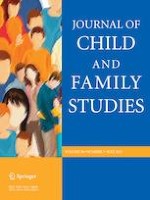