Throughout adolescence, there is an increase in rule-breaking behavior and a decrease in behavioral school engagement. The role of teacher–student relationship quality in the development of these adjustment problems remains understudied. This study examined how adolescent-reported teacher–student affiliation and dissatisfaction and parent-reported rule-breaking behavior and behavioral engagement impact one another throughout adolescence. In addition, we examined the moderating effect of genes by means of a Biologically Informed Multilocus genetic Profile Score (BIMPS), a composite score reflecting the cumulative effect of multiple dopaminergic genes, with a higher score indicating higher dopamine signaling in the adolescent brain. We used three-year longitudinal data from 1111 adolescents (51 % boys; M age = 13.79), and their parents. Cross-lagged analyses revealed a transactional process in which adolescents who display more rule-breaking behavior and less behavioral engagement experienced increased subsequent dissatisfaction with their teachers, which in turn further increased their adjustment problems. Also, adolescents with more adjustment problems experienced decreased subsequent affiliation with their teachers. The other way around, adolescents’ behavioral engagement also benefitted from positive relationships with teachers. Multi-group analyses revealed genetic moderation for behavioral engagement, but not for rule-breaking. Specifically, adolescents who had a BIMPS score coding for moderate levels of dopamine signaling (instead of high or low signaling) were most affected in their behavioral engagement when they experienced dissatisfaction with their teachers. Our study findings may guide schools in implementing interventions to create a supportive class and school environment including positive, supportive teacher–student relationships and indicate that providing a such a supportive school environment is important for all adolescents. 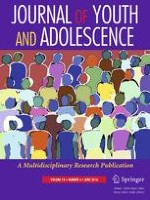 Erica Bowen and Kate Walker: The Psychology of Violence in Adolescent Romantic Relationships

Promoting Educational Resiliency in Youth with Incarcerated Parents: The Impact of Parental Incarceration, School Characteristics, and Connectedness on School Outcomes