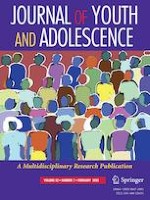 Taking the good with the bad?: Social Media and Online Racial Discrimination Influences on Psychological and Academic Functioning in Black and Hispanic Youth

The Development of School Satisfaction in Chinese Early Adolescents: The Contributions of Peer Liking and Academic Performance