We examined whether different doses of therapeutic riding influenced parent-nominated target behaviors of children with autism spectrum disorder (ASD) (a) during the session (b) at home, and (c) in the community. We used a single subject multiple Baseline, multiple case design, with dosing of 1, 3, and 5 times/week. Three boys with ASD, 6–8 years of age participated, and counts of target behaviors were collected in each setting and phase of the study. Compared to Baseline, 70 % of the target behaviors were better during Intervention and improvement was retained in 63 % of the behaviors during Withdrawal. Increased doses of therapeutic riding were significant for magnitude of change, and the effect of the therapeutic riding sessions generalized to home and community.
vorige artikel Video Feedforward for Rapid Learning of a Picture-Based Communication System
volgende artikel Antiepileptic Medications in Autism Spectrum Disorder: A Systematic Review and Meta-Analysis 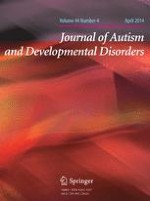