The executive dysfunction theory attempts to explain not only the repetitive behaviours but also the socio-communicative difficulties in autism. While it is clear that some individuals with autism perform poorly on certain executive function tasks, it remains unclear what underlies these impairments. The most consistent and striking difficulties are seen on tasks that are open-ended in structure, lack explicit instructions and involve arbitrary rules. I propose that impairment on such tasks is not due to executive dysfunction; instead, poor performance results from difficulties forming an implicit understanding of the experimenter’s expectations for the task, resulting in egocentric and idiosyncratic behaviour. These difficulties in taking another’s perspective may be explained parsimoniously by the mentalising difficulties robustly demonstrated to exist in autism.
vorige artikel Social Responsiveness and Competence in Prader-Willi Syndrome: Direct Comparison to Autism Spectrum Disorder
volgende artikel Treatments for Neurodevelopmental Disorders: Evidence, Advocacy, and the Internet 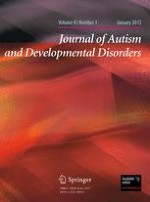 Superior Mesenteric Artery Syndrome in a Patient with Autism Spectrum Disorder: Case Report and Review of the Literature

Is Maternal Influenza or Fever During Pregnancy Associated with Autism or Developmental Delays? Results from the CHARGE (CHildhood Autism Risks from Genetics and Environment) Study