Reconduction across an ablation line is a common reason for arrhythmia recurrence over time. The hybrid procedure combines epicardial ablation of the pulmonary vein (PV) and creation of a box lesion with endocardial touch-ups for any electrical gaps. A high contact force (CF) between the ablation tip and cardiac tissue may increase the risk of thrombus formation, catheter tip charring, steam pop formation, and even cardiac perforation. CF monitoring is a significant new parameter for titration of the CF for creating an adequate lesion.

Use of CF catheters is safe, feasible, and complementary to a hybrid procedure setup for atrial fibrillation ablation. Its real-time monitoring may predict future arrhythmia recurrence, and decrease procedure time. 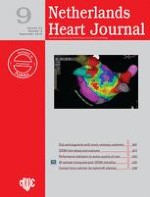 Myocardial infarction, atrial fibrillation and mortality: timing is everything

Gender: the state of being male or female