The current study examined the role of repetitive negative thoughts in the vulnerability for emotional problems in non-clinical children aged 8–13 years (N = 158). Children completed self-report questionnaires for assessing (1) neuroticism and behavioral inhibition as indicators of general vulnerability (2) worry and rumination which are two important manifestations of repetitive negative thoughts, and (3) emotional problems (i.e., anxiety, depression, and sleep difficulties). Results demonstrated that there were positive correlations between measures of general vulnerability, repetitive negative thoughts, and emotional problems. Further, support was found for a model in which worry and rumination acted as partial mediators in the relation between neuroticism and symptoms of anxiety and depression. In the case of sleep difficulties, no evidence was obtained for such a mediation model. In fact, data suggested that sleeping difficulties are better conceived as an epiphenomenon of high symptom levels of anxiety and depression or as a risk factor for the development of other types of psychopathology. Finally, besides neuroticism, the temperamental trait of behavioral inhibition appeared to play a unique direct role in the model predicting anxiety symptoms but not in the models predicting depressive symptoms or sleep difficulties. To conclude, the current findings seem to indicate that worry and rumination contribute to children’s vulnerability for anxiety and depression. 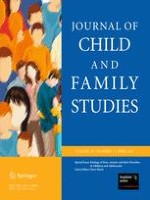 Interpretation of Ambiguity in Children: A Prospective Study of Associations With Anxiety and Parental Interpretations

Mothers and Fathers in Family Cognitive-Behavioral Therapy for Anxious Youth