While researchers are beginning to reach consensus around key psychological correlates of non-suicidal self-injury (NSSI), comparatively less work has been done investigating the role and influence of peers. Given evidence that engagement in this behavior may be susceptible to peer influence, especially during the early stages of its course, the current study prospectively explored whether knowing a friend who self-injures is associated with the onset, severity, and subsequent engagement in NSSI. The moderating roles of adverse life events, substance use and previous suicidal behavior in this relationship also were explored. Self-report data were collected from 1,973 school-based adolescents (aged 12–18 years; 72 % female) at two time points, 1 year apart. Knowing a friend who self-injured, negative life events, psychological distress and thoughts of NSSI differentiated those who self-injured from those who did not, and also predicted the onset of NSSI within the study period. Further, adverse life events and previous thoughts of NSSI moderated the relationship between exposure to NSSI in peers and engaging in NSSI at Time 2. However, the effect of having a friend who self-injures was not related to the severity of NSSI. Having a friend who self-injures appears to be a risk factor for self-injury among youth who are experiencing high levels of distress. Implications of these findings are discussed. 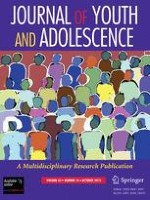 Jessie Klein: The Bully Society: School Shootings and the Crisis of Bullying in America’s Schools