This study examined impairment in multiple domains of functioning in children with and without ADHD who present with high or low levels of sluggish cognitive tempo (SCT) while taking into account the total symptom ratings of ADHD. Participants were 584 children in kindergarten through eighth grade (55.7 % male, 91.7 % Caucasian), drawn from five archival datasets. Two, 2 (SCT groups: high and low) x 3 (ADHD Status: ADHD-I, ADHD-C, and non-ADHD) MANCOVAs were conducted with the total ADHD symptom ratings and child age as covariates. One MANCOVA was conducted on scores on the teacher Impairment Rating Scale (IRS; Fabiano et al. Journal of Clinical Child and Adolescent Psychology 35:369–385, 2006) and the other on the 6 scores on the parent IRS. The results indicated that the presence of SCT symptoms was associated with greater functional impairment at home according to parent report while it was associated with less functional impairment at school according to teacher report. Thus, the relationship between SCT symptoms and impairment differs depending on the informant and the context in which impairment is evaluated. 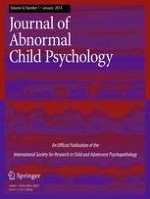