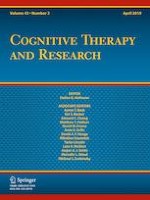 Does Nonsuicidal Self-injury Prospectively Predict Change in Depression and Self-criticism?