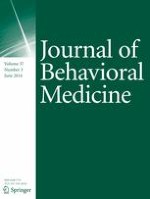 Myopia prevention, near work, and visual acuity of college students: integrating the theory of planned behavior and self-determination theory

Impairment of executive cognitive control in type 2 diabetes, and its effects on health-related behavior and use of health services