Parental tolerance has been defined as the degree to which a parent tends to be annoyed by his or her child’s disruptive behavior. The purpose of the current study is to examine the relation of both parent and child gender to parental tolerance of child disruptive behaviors. Participants were 150 parents with 3–6 year-old at-risk children (47.5 % girls) who sought help with parenting of their child’s oppositional defiant behaviors. Tolerance was measured by the difference between parent ratings of intensity on 36 disruptive behaviors and whether each behavior was identified as a problem (resulting in a score of either high, expected, or low tolerance). A 2 (child gender) by 2 (parent gender) analysis of variance was conducted on the tolerance score. A significant interaction between child and parent gender emerged: Mothers were equally tolerant of boys’ and girls’ oppositional defiant behavior but fathers were more tolerant of boys’ than girls’ oppositional behavior. Exploratory analyses suggested that this interaction may be qualified by clinical status of the child. Implications and future directions are discussed.
vorige artikel Maternal Empathy and Changes in Mothers’ Permissiveness as Predictors of Toddlers’ Early Social Competence with Peers: A Parenting Intervention Study
volgende artikel The Peer Informant: Characteristics Related to the Perceptions of Peer Behavior Problems 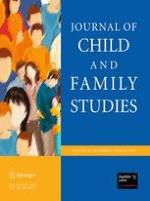 Maternal Empathy and Changes in Mothers’ Permissiveness as Predictors of Toddlers’ Early Social Competence with Peers: A Parenting Intervention Study