Titel
The Rate of Cyber Dating Abuse Among Teens and How It Relates to Other Forms of Teen Dating Violence
Auteurs
Janine M. Zweig
Meredith Dank
Jennifer Yahner
Pamela Lachman 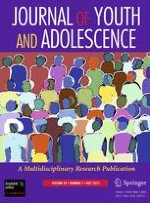 Christian Smith: Lost in Transition: The Dark Side of Emerging Adulthood