The Life Orientation Test-Revised (LOT-R) is a widely used measure of optimism and pessimism, with three positively worded and three negatively worded content items. This study examined the structural validity and invariance, internal consistency reliability, and convergent and divergent validity of the English and Spanish versions of the LOT-R among Hispanic Americans. A community sample of Hispanic Americans (N = 422) completed self-report measures, including the LOT-R, Patient Health Questionnaire-9, and Generalized Anxiety Disorder-7, in their preferred language of English or Spanish. Based on the literature, four structural models were tested: one-factor, oblique two-factor, orthogonal two-factor method effects with positive specific factor, and orthogonal two-factor method effects with negative specific factor. Baseline support for both of the English and Spanish versions was not achieved for any model; in all models, the negatively worded items in Spanish had non-significant factor loadings. Therefore, the positively worded three-item optimism subscale of the LOT-R was examined separately and fit the data, with factor loadings equivalent across language-preference groups. Coefficient alphas for the optimism subscale were consistent across both language-preference groups (αs = .61 [English] and .66 [Spanish]). In contrast, the six-item total score and three-item pessimism subscale demonstrated extremely low or inconsistent alphas. Convergent and divergent validity were established for the optimism subscale in both languages. In sum, the optimism subscale of the LOT-R demonstrated minimally acceptable to good psychometric properties across English and Spanish language-preference groups. However, neither the total score nor the pessimism subscale showed adequate psychometric properties for Spanish-speaking Hispanic Americans, likely due to translation and cultural adaptation issues, and thus are not supported for use with this population. 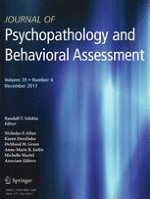