The Production of Pronouns and Verb Inflections by Italian Children with ASD: A New Dataset in a Null Subject Language | mijn-bsl Skip to main content
TOOLBAR 1 2 3 4
ZOEKEN MENU 1 2 3 4

The language of children with autism spectrum disorder (ASD) is often characterized by difficulties with pronouns. The underlying reasons for such difficulties are still unclear. This study is the first to test the abilities of children with ASD who speak Italian, a language in which overt subject pronouns are optional but verbs obligatorily feature person-referencing morphology. We found that Italian children with ASD were less accurate than typically-developing (TD) Italian children in the production of first-, second-, and third-person singular pronouns, avoiding pronouns in favor of nouns or names more often than controls. Moreover, children with ASD produced more overt pronouns than null pronouns in marked contexts, compared to TD children. These phenomena can be accounted for by difficulties with pragmatics.

Titel
The Production of Pronouns and Verb Inflections by Italian Children with ASD: A New Dataset in a Null Subject Language
Auteurs:
Greta Mazzaggio
Aaron Shield 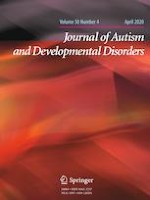 Quality of Life in School-Aged Youth Referred to an Autism Specialty Clinic: A Latent Profile Analysis

Language and Pragmatics Across Neurodevelopmental Disorders: An Investigation Using the Italian Version of CCC-2

The Utility of the Screening Tool for Autism in 2-Year-Olds in Detecting Autism in Taiwanese Toddlers Who are Less than 24 Months of Age: A Longitudinal Study