In a sample of 46 children aged 4–7 years with Autism Spectrum Disorder (ASD) and intelligible speech, there was no statistical support for the hypothesis of concomitant Childhood Apraxia of Speech (CAS). Perceptual and acoustic measures of participants’ speech, prosody, and voice were compared with data from 40 typically-developing children, 13 preschool children with Speech Delay, and 15 participants aged 5–49 years with CAS in neurogenetic disorders. Speech Delay and Speech Errors, respectively, were modestly and substantially more prevalent in participants with ASD than reported population estimates. Double dissociations in speech, prosody, and voice impairments in ASD were interpreted as consistent with a speech attunement framework, rather than with the motor speech impairments that define CAS.
vorige artikel Progress in Understanding Autism: 2007–2010
volgende artikel Relation of Melatonin to Sleep Architecture in Children with Autism 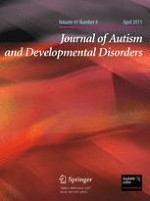