The Horizontal and Vertical Individualism and Collectivism Scale (INDCOL) is a brief, easy-to-use and good tool to measure individualism and collectivism at individual level. Due to the lack of adequate measures to assess those cultural values in the Italian context and a paucity of research on measurement invariance across groups, the present study aimed to investigate the psychometric properties of the INDCOL in Italian young people. Furthermore, the paper also examined developmental period (adolescents vs. emerging adults) and gender (males vs. females) differences in individualism and collectivism.

Nine hundred and forty Italian students (14–26 years old; 56.4% adolescents) filled in the 16-item version of the INDCOL and the Family Allocentrism-Idiocentrism scale (FAIS).

The INDCOL is a reliable and valid instrument to assess individuals’ individualism and collectivism in the Italian context. These findings contribute to the knowledge about Italian young people’s cultural orientation. 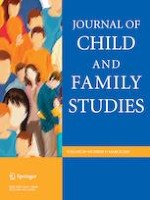 Identifying as a Troublemaker/Partier: The Influence of Parental Incarceration and Emotional Independence

The Use of Facebook by Turkish Mothers: Its Reasons and Outcomes

Parenting in Chinese Immigrant Families: A Critical Review of Consistent and Inconsistent Findings