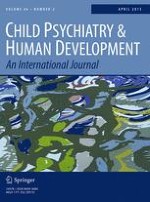 Depressogenic Thinking and Shame Proneness in the Development of Internalizing Problems

Mothers with Depression, Anxiety or Eating Disorders: Outcomes on Their Children and the Role of Paternal Psychological Profiles