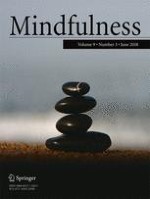 A Systematic Review and Meta-analysis of the Effects of Meditation on Empathy, Compassion, and Prosocial Behaviors

How Does Mindfulness Work? Exploring a Theoretical Model Using Samples of Meditators and Non-meditators