Identifying children with symptoms of anxiety before they develop clinical disorders is important. The objective of our study was to examine the latent factor structure of the MASC (youth report version) in a large self-selected sample of school children in 4th to 6th grade, and examine if the measure had a comparable factor structure for gender and age. Gender and age differences in anxiety symptoms were also examined. Children (N = 1686, 53.8% female) were recruited from schools during pretest of an ongoing randomized, controlled, indicative intervention. Latent variable modelling was used to determine the underlying concepts of the MASC. We found good model fit for the four-factor model, however some items on the Harm/Avoidance scale had low factor loadings. Invariance analysis indicated that the MASC had similar factor structure (comparable meaning) for boys and girls and for younger and older children in this sample. Girls scored significantly higher than boys on all subscales and on the Total Anxiety scale. Age differences were only found on the Separation Anxiety scale. Overall, the original four-factor structure of the MASC was confirmed within a large sample of school children and was invariant across gender and age. However, the Harm/avoidance scale warrants some attention. The MASC is a potentially useful measure to be used for screening purposes in a school setting. 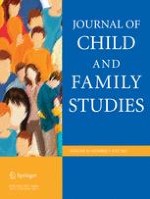