This study investigated group differences in the recalls of stories by children with attention-deficit/hyperactivity disorder (ADHD) and comparison peers, and whether stimulant medication improved the story recall of those children with ADHD relative to a placebo condition. Children (N = 42) were asked to recall both televised and audio taped stories. Children’s free recall scripts were assessed whether information recalled was coherent, part of the causal chain, and important to the story. Relative to comparison peers, children with ADHD showed less sensitivity to events central to the stories and causal chain status of story events in recall, and produced less coherent recall of the audio taped stories. Upon establishing group differences in performance, additional analyses were performed for children with ADHD. Among those children with ADHD, stimulant medication had only limited beneficial effects on the story recall. Although stimulant medication was associated with increases in the percent of events recalled, it did not increase these children’s recall of events central to the stories, and had no effect on the coherence of recalls. Implications of these results for guiding future academic interventions are discussed.
volgende artikel Women with Childhood ADHD: Comparisons by Diagnostic Group and Gender 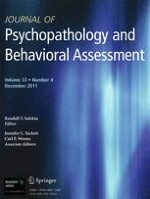 An Evaluation of Behavioral Approach in Adults with ADHD