» Toegang tot de volledige tekst krijgen
We analyzed the effects of the Colorado Medicaid Capitation Program on the duration and services of over 21,000 outpatient mental health episodes for young children. The study spanned a three year period before and after capitation was implemented, and compared episodes of outpatient care for children from 14 capitated Community Mental Health Centers (CMHCs) with those from three CMHCs that remained fee-for-service. Proportional hazards regressions revealed that capitation resulted in an increase in outpatient episode duration, over and above similar effects for the comparison fee-for-service episodes. The hypothesis that there were longer capitated episodes for children who were hospitalized was not supported. Children with behavioral and anxiety disorders had longer capitated episodes. Service intensity decreased over time in the managed care sites. Changes in case mix may have had an impact on changes in episode duration and service intensity. That outpatient episode duration increased over time while costs were lowered in the capitated agencies indicates some effects of capitation in changing patterns of care. 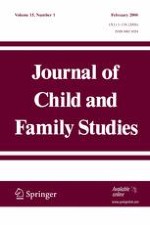 How Do Mothers in Prison Differ From Non-Mothers?

Freud was Right… About the Origins of Abnormal Behavior

Caregivers’ Level of Trust in Their Children's Health Care Providers