Depression, anxiety and stress are common problems among adolescents. Teaching young people coping strategies in school-based intervention programs is one promising approach hoped to remedy the negative consequences of distress in adolescence. The aim of the two pilot studies was to examine the effect of a brief intervention based on the principles of Acceptance and Commitment Therapy (ACT) on depressive symptomatology (Australian study, N = 66) and stress (Swedish study, N = 32) among adolescents screened for psychosocial problems in school settings. In both studies, subjects were assigned to receive the ACT-group-intervention, or a control intervention featuring individual support from the school health care. The Australian study was a planned comparison, with random allocation for girls, plus one replication of a boys group. The Swedish study used a randomized controlled design. The ACT-intervention was an 8-session manualized group program. The Australian study showed significant reductions in depressive symptoms with a large effect, and significant reductions in psychological inflexibility with a medium effect when compared to the control group who received standard care. In the Swedish study, the ACT-intervention group, when compared to the control group, reported significantly lower levels of stress with a large effect size, and marginally significant decrease of anxiety, and marginally significant increased mindfulness skills. Taken together, the ACT-intervention seems to be a promising intervention for reducing stress and depressive symptoms among young adolescents in school and should be tested in full-sized studies. Limitations of these two pilots include small samples. 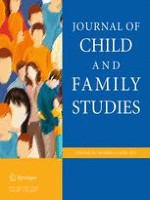 The Mediating Role of Experiences of Need Satisfaction in Associations Between Parental Psychological Control and Internalizing Problems: A Study Among Italian College Students

Factor Structure of the Obstacles to Engagement Scale: Problems, Solutions, and Hypotheses