The Effect of Negative Emotion on Licit and Illicit Drug Use Among High School Dropouts: An Empirical Test of General Strain Theory | mijn-bsl Skip to main content
TOOLBAR 1 2 3 4
ZOEKEN MENU 1 2 3 4

» Toegang tot de volledige tekst krijgen
Belangrijke opmerkingen
Criminal Justice at Washington State University Vancouver. She received her Ph.D. in Sociology from the University of Texas at Austin in 2001. Her primary research interests include substance abuse among youth, criminal justice system responses to drug abusing offenders, and fear of crime among urban populations.
General Strain Theory (GST) argues that drug use is one way adolescents mitigate negative emotions brought on by aversive environmental stimuli. To date, many of the empirical tests of the strain-drug use relationship have neglected to include measures of negative emotion, despite its prominence in GST's etiology of deviant behavior. The following study tests the mediating effects of despair on the strain-drug use relationship, evaluating the effects of parental reactions to leaving school on post-dropout drug use. The moderating effects of recency of dropout and gender of respondent are also considered. Results show that negative parental reactions to dropout affect drug use for females only, and that despair does not mediate this relationship. This type of negative affect has direct effects on drug use for both genders, rather than the indirect effects predicted by GST. These findings affirm prior research linking depressive negative affective states to drug use, but suggests that the relationship between strain and such emotional states is more complex than the theory suggests, particularly when the moderating effects of gender are considered.

Titel
The Effect of Negative Emotion on Licit and Illicit Drug Use Among High School Dropouts: An Empirical Test of General Strain Theory
Auteur:
Laurie A. Drapela 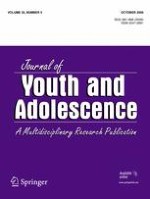