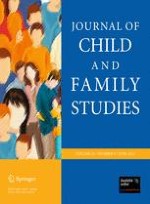 The Strengths Assessment Inventory: Reliability of a New Measure of Psychosocial Strengths for Youth