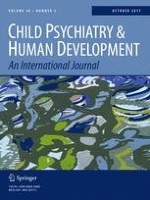 Being on Your Own or Feeling Lonely? Loneliness and Other Social Variables in Youths with Autism Spectrum Disorders

Linking Temperamental Shyness and Social Anxiety in Childhood and Adolescence: Moderating Influences of Sex and Age