Childhood exposure to trauma has been associated with increased rates of somatic symptoms (SS), which may contribute to diminished daily functioning. One hundred and sixty-one children residing at a residential treatment home who had experienced neglect and/or abuse were administered the Trauma Symptom Checklist for Children (TSCC), the Multidimensional Anxiety Scale for Children, and the Children’s Depression Inventory (CDI). Primary caregivers completed the Child Behavior Checklist. Two composite measures of SS were formed to represent both child- and caregiver-rated SS. Over 95% of children endorsed at least one SS on the child-rated measure. Children who had experienced sexual abuse had higher rates of SS relative to children who had not. Child-rated SS were highly correlated with the CDI total score and the TSCC subscales of anxiety, depression, posttraumatic stress, dissociation, and anger. The TSCC anxiety subscale mediated the relationship between sexual abuse and child-rated SS. 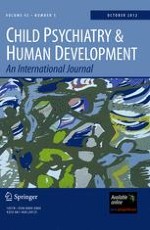 Evidence Based Clinical Assessment of Child and Adolescent Social Phobia: A Critical Review of Rating Scales