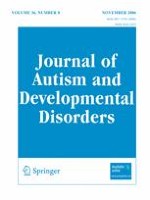 Response to “Letter to the Editor: The Overlap Between Alexithymia and Asperger’s Syndrome”, Fitzgerald and Bellgrove, Journal of Autism and Developmental Disorders, 36(4)