Cyberbullying is a problem affecting a meaningful proportion of youth as they embrace online communication and interaction. Research has identified a number of real-world negative ramifications for both the targets and those who bully. During adolescence, many behavioral choices are influenced and conditioned by the role of major socializing agents, including friends, family, and adults at school. The purpose of this study was to determine the extent to which peers, parents, and educators influence the cyberbullying behaviors of adolescents. To explore this question, data were analyzed from a random sample of approximately 4,400 sixth through twelfth grade students (49 % female; 63 % nonwhite) from thirty-three schools in one large school district in the southern United States. Results indicate that cyberbullying offending is associated with perceptions of peers behaving similarly, and the likelihood of sanction by adults. Specifically, youth who believed that many of their friends were involved in bullying and cyberbullying were themselves more likely to report cyberbullying behaviors. At the same time, respondents who believed that the adults in their life would punish them for cyberbullying were less likely to participate. Implications for schools and families are discussed with the goal of mitigating this behavior and its negative outcomes among adolescent populations.
vorige artikel Individual and Contextual Predictors of Cyberbullying: The Influence of Children’s Provictim Attitudes and Teachers’ Ability to Intervene
volgende artikel Does One Size Fit All? Ethnic Differences in Parenting Behaviors and Motivations for Adolescent Engagement in Cyberbullying 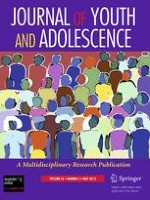 Individual and Contextual Predictors of Cyberbullying: The Influence of Children’s Provictim Attitudes and Teachers’ Ability to Intervene

Does One Size Fit All? Ethnic Differences in Parenting Behaviors and Motivations for Adolescent Engagement in Cyberbullying

Is Cyberbullying Worse than Traditional Bullying? Examining the Differential Roles of Medium, Publicity, and Anonymity for the Perceived Severity of Bullying

Toward a Conceptual Model of Motive and Self-Control in Cyber-Aggression: Rage, Revenge, Reward, and Recreation