Perception of affordance is enhanced not only when that object is located in one’s own peripersonal space, as compared to when it is located within extrapersonal space, but also when the object is located in another person’s peripersonal space [as measured by a spatial alignment effect (SAE)]. It has been suggested that this reflects the existence of an interpersonal body representation (IBR) that allows us to represent the perceptual states and action possibilities of others. Here, we address the question of whether IBR can be modulated by higher level/reflective social cognition, such as judgments about one’s own social status. Participants responded with either the right or the left hand as soon as a go signal appeared. The go signal screen contained a task-irrelevant stimulus consisting of a 3D scene in which a mug with a left- or right-facing handle was positioned on a table. The mug was positioned either inside or outside the reaching space of the participants. In a third of the trials, the mug was positioned within the reaching space of an avatar seated at the table. Prior to this task we induced an experience of social ostracism in half of the participants by means of a standardized social exclusion condition. The results were that the SAE that normally occurs when the mug is in the avatar’s reaching space is extinguished by the induced social exclusion. This indicates that judgments about one’s own social status modulate the effect of IBR. 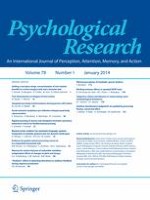