Sleep and Delinquency: Does the Amount of Sleep Matter? | mijn-bsl Skip to main content
ZOEKEN MENU 1 2 3 4

Sleep, a key indicator of health, has been linked to a variety of indicators of well-being such that people who get an adequate amount generally experience greater well-being. Further, a lack of sleep has been linked to a wide range of negative developmental outcomes, yet sleep has been largely overlooked among researchers interested in adolescent delinquency. The purpose of this study was to explore the relationship between hours of sleep and delinquent behavior among adolescents by using data from Wave 1 of the National Longitudinal Study of Adolescent Health (n = 14,382; 50.2% female, 63.5% white). A series of negative binomial regressions showed that youth who typically sleep seven or fewer hours per night reported significantly more property delinquency than youth who sleep the recommended 8–10 h. Further, youth who reported sleeping 5 or fewer hours per night reported significantly more violent delinquency than youth who reported sleeping the recommended number of hours per night. The findings suggest that sleep is an important, and overlooked, dimension of delinquent behavior and studies that focus on adolescent health should further investigate the effects of insufficient sleep. Finally, the authors recommend that sleep and other relevant health behaviors be considered in the context of more comprehensive approaches to delinquency prevention and intervention.
vorige artikel Perceived Parental Monitoring, Adolescent Disclosure, and Adolescent Depressive Symptoms: A Longitudinal Examination 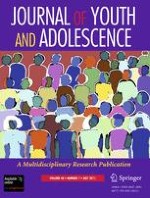 Staying Cool Across the First Year of Middle School

Other-Sex Friendships in Late Adolescence: Risky Associations for Substance Use and Sexual Debut?