Females with high-functioning ASD are known to camouflage their autistic symptoms better than their male counterparts, making them prone to being under-ascertained and delayed in diagnostic assessment. Thus far the underlying cognitive processes that enable such successful socio-communicative adaptation are not well understood. The current results show sex-related differences in the cognitive profile of ASD individuals, which were diagnosed late in life exclusively. Higher verbal abilities were found in males (n = 69) as opposed to higher processing speed and better executive functions in females with ASD (n = 38). Since both sexes remained unidentified during childhood and adolescence, these results are suggestive for sex-distinctive cognitive strategies as an alternative to typically-developed reciprocal social behavior and social mimicry in high functioning ASD. 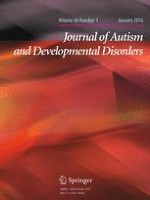