In this study we examine two assumptions that underlie the hypothesis that the outcomes of children with emotional disturbances are negatively affected by the loss of access to mental health services during their transitions to adulthood. The first is that children access mental health services during the pre-transition years, and the second is that these services are effective in reducing poor outcomes. We tested these assumptions using children who lost Medicaid enrollment between their 18th and 20th birthdays in Florida’s Medicaid program using arrests as the outcome. All children with an emotional disturbance received at least one outpatient service. However, while the mean days of service per month were 3, more than half the children received less than one day of service. Fifty-six percent of children received some psychotherapeutic medication treatment. Children with ADHD had the highest number of days of medication per month in both univariate and multivariate analysis. In multivariate analysis, children with disruptive behavior disorders had significantly more days per month of outpatient services than children with any other diagnoses except anxiety disorders. Medication days but not outpatient service days were negatively associated with arrests. Post hoc analysis suggested that children with ADHD who had high medication days had significantly fewer arrests than children with disruptive behavior disorders. This was not the case for children with ADHD and low medication days. Children with ADHD and high medication use may be most at risk of increases in arrests after Medicaid disenrollment as many will lose access to a service that was associated with fewer arrests. Findings suggest the need for reform of the children’s mental health system.
vorige artikel Psychotropic Medication Patterns in Medicaid-Insured Youth Based on Clinician-Reported Maltreatment Status
volgende artikel Outpatient Psychotropic Medication Use in the US: A Comparison Based on Foster Care Status 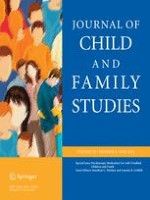 Use of Psychotropic Medications Among Youth in Treatment Foster Care

The Subjective Experience of Being Medicated in Troubled Youth: A Sample from Residential Treatment