In everyday life, human beings can report memories of past events that did not occur or that occurred differently from the way they remember them because memory is an imperfect process of reconstruction and is prone to distortion and errors. In this recognition study using word stimuli, we investigated whether a specific operationalization of semantic similarity among concepts can modulate false memories while controlling for the possible effect of associative strength and word co-occurrence in an old–new recognition task. The semantic similarity value of each new concept was calculated as the mean cosine similarity between pairs of vectors representing that new concept and each old concept belonging to the same semantic category. Results showed that, compared with (new) low-similarity concepts, (new) high-similarity concepts had significantly higher probability of being falsely recognized as old, even after partialling out the effect of confounding variables, including associative relatedness and lexical co-occurrence. This finding supports the feature-based view of semantic memory, suggesting that meaning overlap and sharing of semantic features (which are greater when more similar semantic concepts are being processed) have an influence on recognition performance, resulting in more false alarms for new high-similarity concepts. We propose that the associative strength and word co-occurrence among concepts are not sufficient to explain illusory memories but is important to take into account also the effects of feature-based semantic relations, and, in particular, the semantic similarity among concepts. 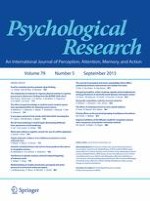