The relationship between self-control and victimization is well established both theoretically and empirically even after controlling for lifestyles.
vorige artikel Bullying and Moral Disengagement in Early Adolescence: Do Personality and Family Functioning Matter?
volgende artikel Helicopter Parenting and Adjustment Outcomes in Young Adulthood: A Consideration of the Mediating Roles of Mastery and Self-Regulation 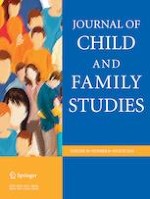 Comparing Early-Childhood and School-Aged Systems of Care for Children with Emotional and Behavioral Difficulties: Risk, Symptom Presentation, and Outcomes

A Systematic Review of the Evidence for Family and Parenting Interventions in Low- and Middle-Income Countries: Child and Youth Mental Health Outcomes

Bullying and Moral Disengagement in Early Adolescence: Do Personality and Family Functioning Matter?