These findings expand the current knowledge on the role of self-compassion in CP in showing that self-compassion is a significant predictor of later depressive symptoms in CP and suggesting its potential role in buffering the impact of functional impairment in future levels of depressive symptoms.
vorige artikel Introducing the eMCC™: A Validated Taxonomy to Advance Targeted Application of Mindfulness Skills
volgende artikel Feasibility of a Smartphone App with Mindfulness Training for Adolescent Smoking Cessation: Craving to Quit (C2Q)-Teen 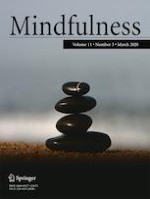 The Utility of Heart Rate Variability in Mindfulness Research

Is Self-Compassion Protective Among Sexual- and Gender-Minority Adolescents Across Racial Groups?