Autism Spectrum Disorder (ASD) is often described as being characterised by a uniform pragmatic impairment. However, recent evidence suggests that some areas of pragmatic functioning are preserved. This study seeks to determine to which extent context-based derivation of non-linguistically encoded meaning is functional in ASD. We compare the performance of 24 adults with ASD, and matched neuro-typical adults in two act-out pragmatic tasks. The first task examines generation of indirect request interpretations, and the second the comprehension of irony. Intact contextual comprehension of indirect requests contrasts with marked difficulties in understanding irony. These results suggest that preserved pragmatics in ASD is limited to egocentric processing of context, which does not rely on assumptions about the speaker’s mental states. 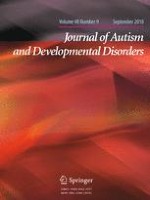 There Are Indeed More Left-Handers Within the Autism Spectrum Disorder Compared with in the General Population, but the Many Mixed-Handers Is the More Interesting Finding

Higher Autistic Traits Among Criminals, But No Link to Psychopathy: Findings from a High-Security Prison in Portugal