Suitable screening instruments for the early diagnosis of autism are not readily available for use with preschoolers in non-Western countries. This study evaluated two tools: M-CHAT which is widely used internationally and one developed in Iran called Hiva. A population sample was recruited of nearly 3000 preschoolers in one Iranian city. Parents self-completed the two tools and children who screened positive were invited for a follow-up interview followed by a diagnostic assessment. The Hiva scale proved to be more efficacious in identifying children with ASD and the resulting prevalence rate was higher than that previously reported for Iranian 5 year olds. The study confirms the need to attune screening tools to the cultural contexts in which they are used.
vorige artikel A Randomized Clinical Trial Comparison Between Pivotal Response Treatment (PRT) and Adult-Driven Applied Behavior Analysis (ABA) Intervention on Disruptive Behaviors in Public School Children with Autism
volgende artikel Dismantling the Active Ingredients of an Intervention for Children with Autism 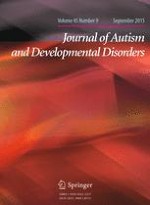 The “Reading the Mind in the Eyes” Test: Investigation of Psychometric Properties and Test–Retest Reliability of the Persian Version

Does Autism Diagnosis Age or Symptom Severity Differ Among Children According to Whether Assisted Reproductive Technology was Used to Achieve Pregnancy?

Improving the Social Skills of Children with HFASD: An Intervention Study